Sometimes I speak to myself, but most of the recordings to which I have linked on this page were made in front of an audience. This first item is a talk that I was invited to give at the inauguration of the Sage Talks event hosted by Sage Executive Group in San Diego in 2015. The topic is why I got into cybersecurity and some of the lessons I have learned.

The earliest recording of me talking to an audience about computer security may be a session I did at the DEF CON III hacker conference in 1995. The sound starts out a little rough, but it gets better; in fact, it is surprisingly good, given that it was recorded 26 years ago. The title of the talk was chosen in order to encourage debate, and it did.

Several video and audio recordings can be found on my YouTube channel.

Here is a recording of me reading an article I wrote, where the text of the article is in the video: 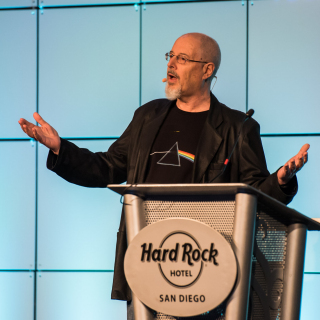